Phew. I can’t believe we are so far through the year already… I don’t know if the dreaded COVID has made it go faster or slower.. It’s sure given me more time for books though. Although I didn’t feel much like reading early on in the pandemic. What about you? Did it effect your desire to read?

Today I’m reviewing The Night Lawyer by Alex Churchill. Red Door kindly gifted me a copy of the book which you can pick up now in Paperback or Kindle format.

The Night Lawyer is a compelling and authentic feeling legal thriller. This makes sense as the author has a background in law and it really lends to how convincing of a character of Sophie Angel, the main protagonist is.

Sophie is assigned a case but upon visiting the ..not so gentle man in custody, she realises that she has represented him in the past. He made her feel uncomfortable and she decided she couldn’t be on his case. This man was delusional and she unwillingly and unknowingly fed that delusion which has serious repercussions later. Instead she is takes on the case of a young male accused of rape. This opens a whole can of worms in to Sophie exploring her own personal history and facing the chaos of the justice system.

I was really surprised by some things in this book; however sharing them with you would be spoilers, so you’ll have to find out for yourself. 😉 The story took a direction I wasn’t expecting and threw some curveballs at me. I was really pleasantly surprised. The second half of the book got pretty intense and a lot went on. The events from the first half all started to pull together and make sense.

All in all, it lead to a satisfying conclusion. It wasn’t too open ended, didn’t leave me with a million questions. I would absolutely recommend giving this one a read. It’s well written, well paced, the plot is solid and the later half of the book will consume you.

Once a week, she’s the one who decides what the papers can and can’t say. During the day, she’s a barrister. She struggles for justice in a system that’s close to collapse, where she confronts the most dangerous aspects of humanity. Her life changes when a wealthy Russian offers her the biggest case of her career, a rape trial with a seemingly innocent client.

But is someone manipulating Sophie from the shadows? And is it someone from her childhood in Soviet Russia or is the danger much closer to home?

With her marriage under strain and haunted by nightmares from the past, Sophie must find the answer to these questions before it’s too late. This is a story about betrayal, trust, guilt and innocence, played out from the courtrooms of London to the darkest corners of Soviet era Moscow.

Today, I’m on the Blog Tour for Calculated Contagion by K.T Lee. I’m pleased to have a guest post from the author to share with you. 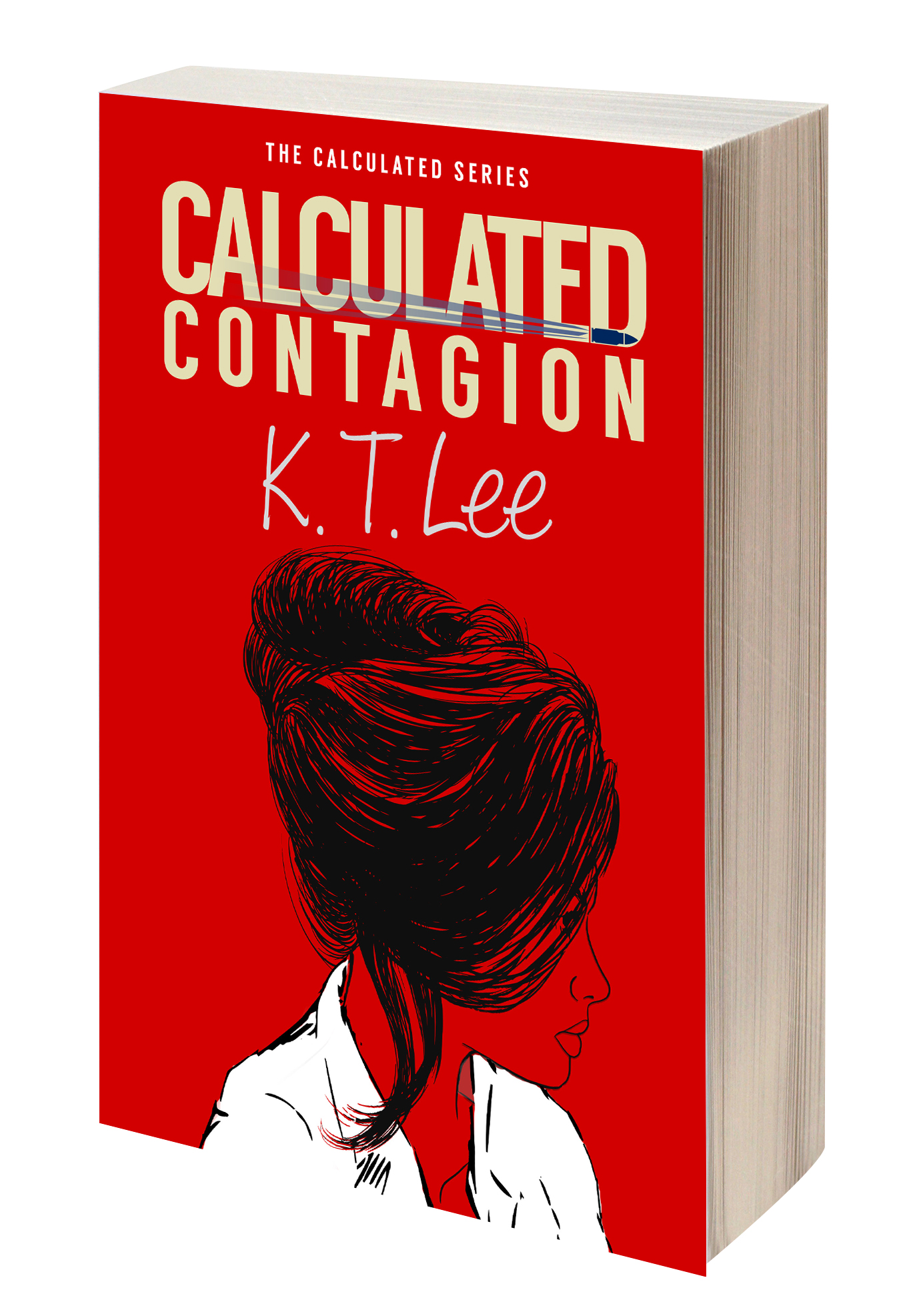 While all of the books in The Calculated Series feature strong heroines, writing Calculated Contagion was a great opportunity to showcase an often-overlooked type of strength through the character of Dani Christensen. Dani is a vaccine scientist who is accomplished in her field but doesn’t necessarily have the type of background that would prepare her for a life of fighting crime. Instead of the traditional thriller hero/heroine who packs their own weapon and has a set of self-defense skills we would all envy, Dani Christensen’s strength is internal. It is subtler but just as critical to her team’s success.

Calculated Contagion opens with Dani presenting her vaccine research to a broad, international audience. However, it quickly turns into a nightmare when she is kidnapped and taken to a remote encampment for reasons she doesn’t understand. Dani is a scientist who works with technical facts all the time – she knows the odds of making it back home are slim. Still, instead of accepting her circumstances, she finds a way to remove herself from the larger group to increase her survival odds. Getting away from her captors opens a window for a CIA officer who has been monitoring the suspicious group to get her to safety. The tentative trust they build during their escape evolves into formidable teamwork when they join the rest of his team and their FBI allies.

Even as Dani battles the mental trauma of her experience, she finds a way to keep helping the CIA, particularly when she realizes her kidnappers have followed her back to her lab. Because Dani is the daughter of the company CEO, the assumptions others have made about her talent have built in her a quiet but solid resilience. Dani isn’t as boisterous or outgoing as Dr. Ree Ryland, an engineering professor and friend of the FBI who joins the investigation. She isn’t as enthusiastic about fighting crime as the spunky, high-energy Alexis. However, Dani’s thoughtful introspection and determination bring their investigation to a critical inflection point – one that will make her kidnappers realize that underestimating their intended victim’s inner strength will be the mistake that ultimately leads to their downfall.

About Calculated Contagion (The Calculated Series: Book 2):
Dani Christensen is a vaccine researcher who has spent her career proving she is more than just the daughter of the company’s CEO. However, as her accomplishments in contagious disease research grow, the wrong people begin to notice. When Dani is isolated from her colleagues at a well-regarded conference in Europe, she is kidnapped and taken to an isolated camp in the Carpathian Mountains.

CIA officers Cam Mitchell and Tyler Scott are sent to observe a suspicious group of armed men in rural Romania. When Cam sees Dani being brought into the camp against her will, he and his partner rescue her and bring her safely back to the United States. The CIA initially believes Dani was kidnapped for ransom, but they soon realize her kidnapper has followed her back to her lab. Now, the CIA must work with their allies in the FBI to catch Dani’s kidnapper before he releases a potentially deadly contagion for his own political gain.
Calculated Contagion is Book 2 in The Calculated Series. All books in The Calculated Series may be enjoyed as standalone novels or as a series.

About K.T. Lee
K.T. Lee is a writer, mom and engineer who grew up on a steady diet of books from a wide variety of genres. When K.T. began to write the kind of books she wanted to read, she mixed clever women and the sciences with elements from thrillers (and a dash of romance) to create The Calculated Series.

Calculated Contagion is out now in both Kindle and Paperback formats.