I’m pleased to be kicking off the tour for David Nolan’s novel, Black Moss! Available now in both Paperback and Kindle formats, published by Fahrenheit Press and available now. Be sure to check out the other tour stops to find out more.

Black Moss is a story about “Danny Something” and his journey to discover the truth about a poor boy, murdered and left on the county border, only for nobody to really even care because the fame was elsewhere – the riot at Strangeways.
The story switches between 1990 and 2016, from the perspective of Danny, determined to get to the bottom of the child’s murder whilst working with a local officer named John and his daughter, Kate and then revisiting it again a quarter of a century later; where alcoholism takes it’s toll and his life becomes a literal car crash.

Gritty and gripping, I absolutely loved this book. The entire thing felt authentic. I have never been to Manchester, but I feel like the book was very immersive in that respect. The way the characters are written is fantastic, so much depth. They were affected by the things that occurred and I found them to be very convincing. I especially enjoyed the relationship between Danny and a police officer named John who seemed to be the only other person invested in the case. The way Nolan touches upon such substantial incidents such as murder, alcoholism and children in the care system were so well written, I’d never have guessed this was his debut novel and could have easily been led to believe this to be a true tale.

Nolan is a crime reporter and TV producer and he really seems to utilise his expertise to help bring this story to life and provides an interesting insight to 90’s journalism. I felt almost as if I were there, watching it unfold. Crime fiction is my go-to genre, but I still managed to find some surprises in this book, especially toward the final third – you’ll have to read it yourself to see what I mean. 😉

Compelling, convincing and utterly gripping. A must-read for anyone who enjoys crime-fiction and a read they can’t put down.

In April 1990, as rioters took over Strangeways prison in Manchester, someone killed a little boy at Black Moss.

And no one cared.

No one except Danny Johnston, an inexperienced radio reporter trying to make a name for himself.

More than a quarter of a century later, Danny returns to his home city to revisit the murder that’s always haunted him.

If Danny can find out what really happened to the boy, maybe he can cure the emptiness he’s felt inside since he too was a child.

But finding out the truth might just be the worst idea Danny Johnston has ever had. 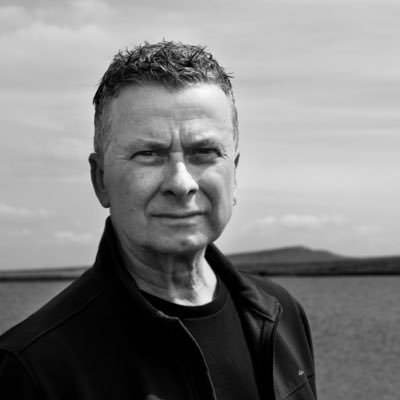 David is a multi-award-winning author, television producer and crime reporter. He has written a dozen books including Tell the Truth and Shame the Devil, the true story of the largest historic abuse case ever mounted by Greater Manchester Police. He presented a BBC Radio 4 documentary based on the book called The Abuse Trial. It won both the Rose D’Or and the New York International radio awards in 2016. Officers involved in the case helped David with the police procedures featured in Black Moss, particularly the way the system deals with missing children.